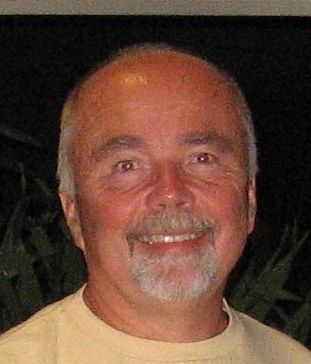 My name is Paul McKittrick.  In the late 1990’s a neighbour gave me two dahlia tubers to plant in my yard.  That was the beginning of a passion for the dahlia flower.

Since then I’ve been adding to my dahlia garden, currently growing 130 different varieties.  Of those varieties, I plant 290 ‘classic’ dahlias, 60 ‘border’ dahlias, 15 dahlias in a hybridization bed and 100 first year dahlia seedings.

I am a member of the Victoria Dahlia Society, the Pacific Northwest Dahlia Conference, the Federation of Northwest Dahlia Growers and the American Dahlia Society (ADS).  Every year I travel to four or five ADS sanctioned dahlia shows in British Columbia and the state of Washington, where I use my knowledge as a certified Senior Dahlia Judge to lead teams judging submitted dahlia entries in competition.  I also hybridize dahlias in my garden to create new dahlia originations, which I annually submit to three or four ADS sanctioned Trial Gardens.  These submissions go through a rigorous judging process, and a high percentage pass and get entered into the ADS Dahlia Classification Handbook.